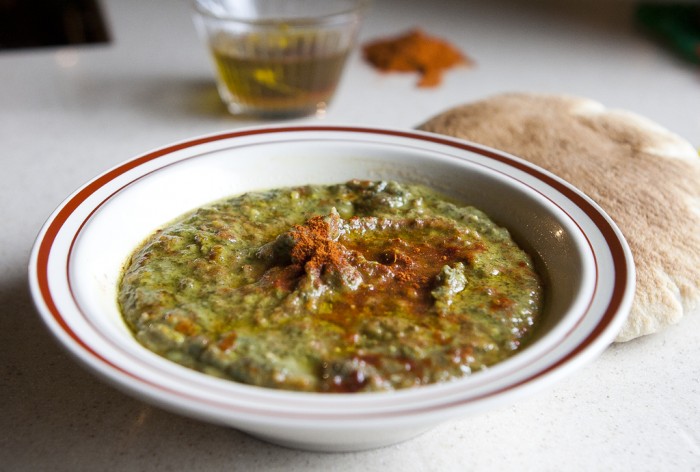 Have you ever heard of Besara before? No? That’s expected! Although it is a Palestinian dish, most of Palestinians don’t know Besara nowadays. I personally have tried it for the first time only two weeks ago when my friend’s mother (Muna) has introduced me to this delicious dish – and I was like how on Earth I haven’t met you before?! “Well, it’s never too late” I told myself. Muna (who was born and raised in Qalqilya, north Palestine) did not only invite me to try a ready cooked meal, but also she made sure to teach me step by step with a lot of patience and love how to make Besara the right way. I, in my turn, have hardly managed to listen, watch, write and take photos of Besara preparations all in the same time. The recipe, direction and photos below are the result, in addition to the meal of course…

Besara or Busara (as known in Egypt) is originally a dish from Egyptian cuisine. It is very authentic that it’s believed to belong to Pharaonic time, more than four thousand years ago. The main ingredient of Besara is broad beans which is widely used in Egyptian food. Other ingredients of green leaves like coriander, parsley, and dill are used in Egyption version of Besara, while mloukhieh (which is widely associated with Palestinian culinary identity) is used in the Palestinian version. Seasoning of lemon juice, red chili pepper and olive oil is not optional – it is actually a must with every single bite mopped up with hot pita or taboun bread.

In case you don’t know where you can get besara ingredients from, check out this online store that sells and ships across Europe both dried mlokhieh and dried broad/ fava beans.

In a cooking pan, add soaked broad beans and cover them completely with water. Cover the pan and place it over a medium heat for about one and half hour until it becomes tender and creamy. (using pressure cooking speeds up the process, it takes about half an hour) 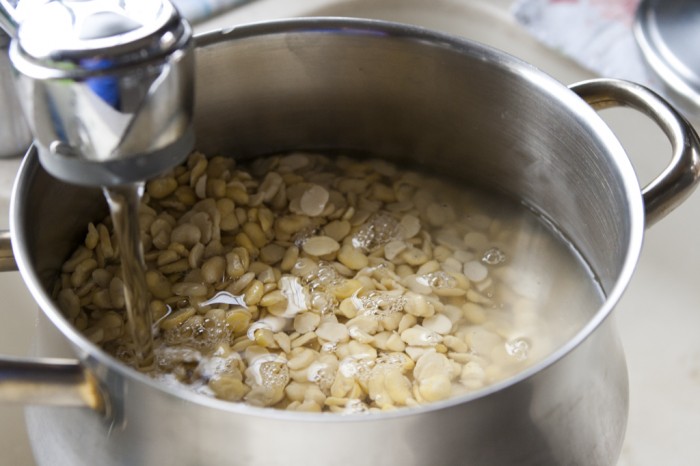 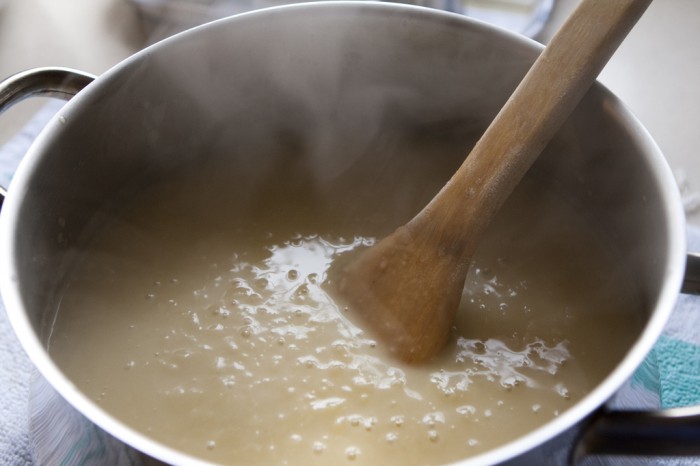 Meanwhile and in a different frying pan, add olive oil and onions and deeply fry them while stirring for about 10 minutes or until they become brown-golden.

After having the broad beans completely cooked, add mloukhieh, cumin, salt, pepper, fried onions, and half cup of water, and blend the whole mixture using an electric blender until you have coherent thick paste. 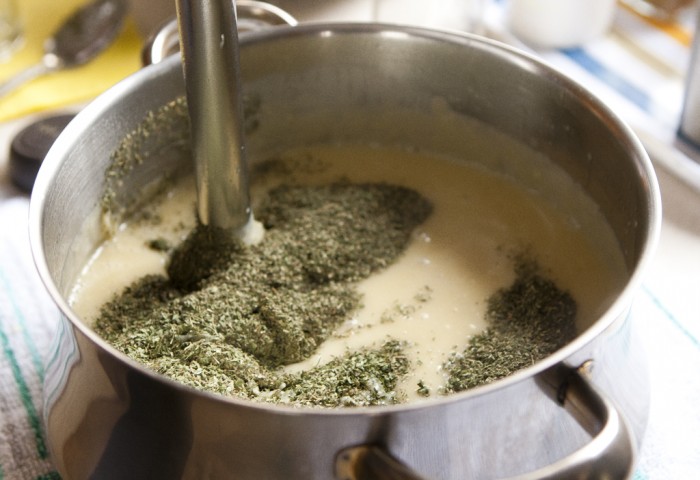 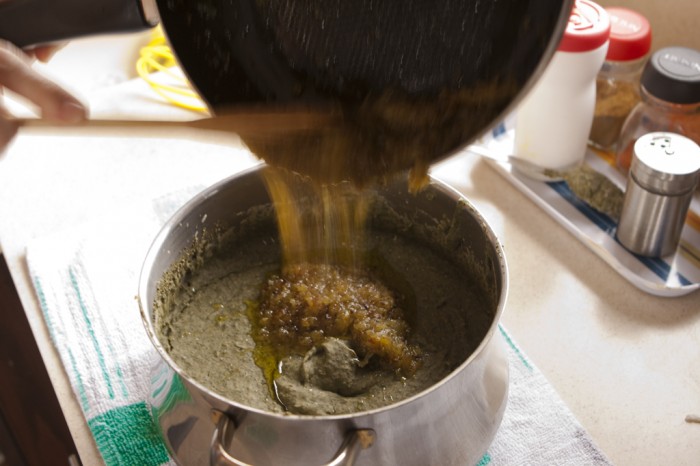 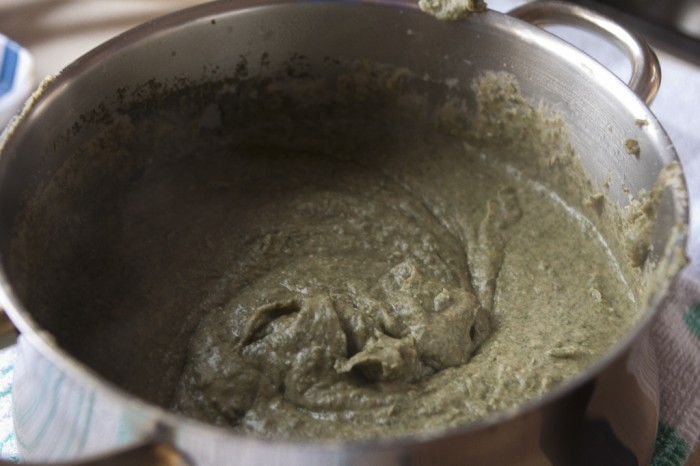 Pour the mixture in middle-sized plates. Add seasoning of olive oil, red chili pepper, and lemon juice according to your preference. Serve hot with pita or taboun bread.